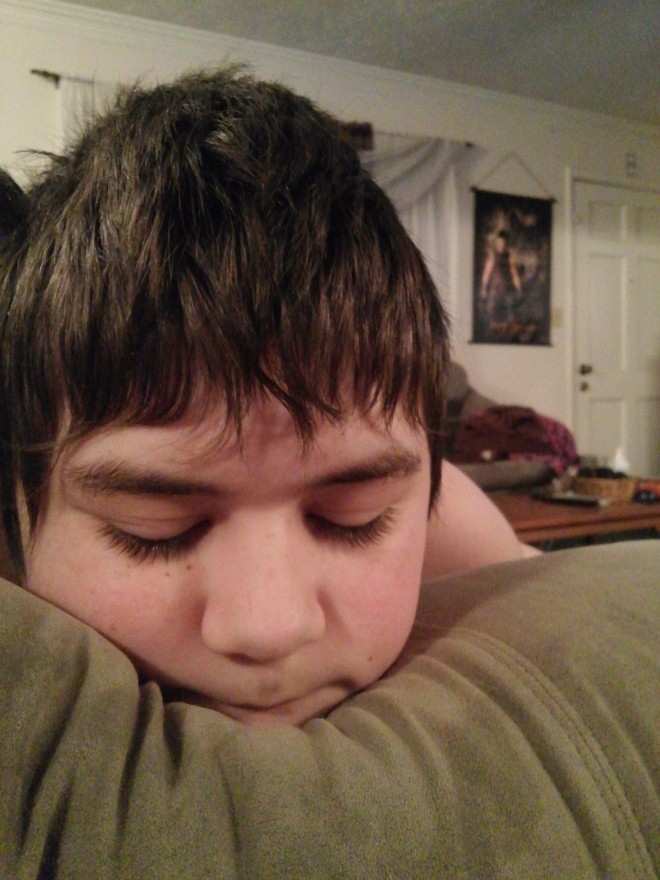 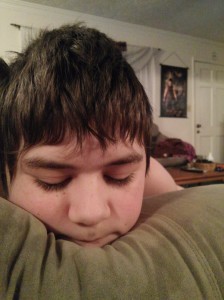 “The universe hates me!”

My son came stomping out of his room and collapsed onto the floor, heaving a huge sigh of frustration.

Unfortunately, this is not a new scene in my house, as I also have a 16-year old daughter. ‘Nuff said. But more importantly, puberty and autism can create a vicious cocktail that seems to bring on extremely magnified sensory issues, increased hyperactivity, regressive behaviors, and a whole lot of unexplained emotions. My boy just turned 12, but we started experiencing a profusion of puberty related issues as early as nine.

“The universe is incapable of hating, sweetie. What’s wrong?”

Evidently he had built a statue of his Minecraft skin in one of the game’s worlds and he told me that his friend destroyed it.  Minecraft is a unique multiplayer computer game where you learn survival skills and build custom worlds. The creative and building aspects of Minecraft allow players to build constructions out of textured cubes in a 3D world.

First and foremost, I was extremely proud of his ability to articulate to me that he was upset, the reason he was upset, and that he had worked very hard on the statue and it had taken him a long time. This is a HUGE milestone for us! But before we had a chance to begin talking about it, everything started going wrong for him. Everything he touched seemed to break or malfunction. He tried to pet the dogs and they ran away from him. His sister yelled at him for seemingly no reason.

I know from experience that when you have the “everything sucks” filter on, your experiences will follow suit. You know, like when you start out having a bad day it seems that your car won’t start, you spill coffee on yourself, you mess up a client proposal… have you ever had a day like that?

So the first thing I had to do was help diffuse his “universe hates me” perspective, starting with three deep and centering breaths together.

Delayed responses are another typical experience for Autistic children, and once I thought he was in a calmer place (about 30 minutes later), he started crying uncontrollably about the loss of his statue. It was that real guttural crying, too; I felt horrible. I consoled him and acknowledged that he felt upset that his statue was destroyed.

We then talked about choices. I told him he could either play one of his other favorite games (offline) to help get his mind off of it for now or he could choose to talk to his friend and tell him that his feelings were hurt. He could ask him why he destroyed the statue and open the lines of communication.

He had already removed his friend from his Skype list and blocked him from his server! His impulsivity coupled with an intensity of emotions he wasn’t accustomed to had caused him to overreact and shut down.

Once the tears were dry, we played a game called “5 Other Things”. I learned this gold nugget of a coping skill as a teenager and it’s never failed me. The idea is that it’s not what happens to us that causes emotional distress, rather our interpretation of it.  For instance, if a person doesn’t show up for a meeting with me I might immediately feel hurt and angry, assuming I had been blown off. This could rapidly lead to a barrage of negative thoughts: “Did they even INTEND to show up? Am I not good enough for a simple text or phone call letting me know? Who do they think they are?!” etc.

“5 Other Things” forces you to step outside of that neural pattern and look at some other possibilities for the event in question. Was there a family emergency? Are they simply running late? Car trouble? Did one of us write down the wrong day?

Naturally, if someone does this sort of thing to you regularly, “5 Other Things” is not the answer… getting a new friend is J

Being that my son didn’t SEE his statue being destroyed (it was simply gone when he logged back in to the server), we looked at some other possibilities:

“5 Other Things” worked! After some investigating (and a proven screenshot alibi of the suspect, ha!) he and his NOW UNBLOCKED friend discovered that the server crashed and the world was restored from an earlier version… before he had built the statue.

What a great learning opportunity this was for us! When puberty, autism and emotional shutdowns occur, we now have a blueprint: