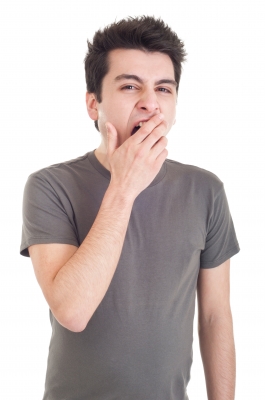 As an autism parent, I’m no stranger to sleep deprivation. When my son was a 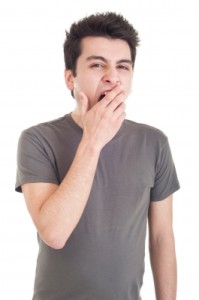 toddler it used to take HOURS to get him to sleep. If (not when) I was successful, he would wake up around 1 am, just as I was going to bed. Nothing would get him back to sleep – not letting him “cry it out,” not inviting him to come sleep with Mom in bed, not removing all toys in his room (he would then take apart the electrical outlet with his bare hands), not making his room completely dark with special curtains. The boy was up.

Then, after three our four hours of desperately trying to get him back to sleep, he would slip off to dream land right about when my alarm would go off for me to get up for work. FUN times!

Although I don’t need to monitor my children as closely now that they are teenagers, their sleep patterns still affect our day-to-day lives. Not only are their schedules perpetually varied (often reversed), when they do sleep it is typically broken.

Getting adequate sleep helps muscles, bones, and skin grow and repair and fix injuries. Sleep is needed for our body to stay healthy and fight sickness by helping our immune system. There is a lot more at stake than simple drowsiness.

Why do people with autism have difficulty sleeping?

My story is not unique – sleep disorders tend to go hand in hand with autism. It is estimated that 83% of autistic people have difficulty sleeping. This can include trouble falling asleep, restlessness and poor sleep quality, thrashing about, and early rising.

There is no solid research on what causes sleep disorders in autistic individuals. The two strongest theories are misinterpreted social cues and the irregular release of the hormone melatonin.

People typically use their body’s circadian rhythms, the light and dark cycles, and social cues to know when it’s time to retire for the evening. We may see others getting ready for bed or have a sense of the next day’s schedule, which helps dictate the start of our bedtime ritual.

Children with autism fail to understand social cues and the big picture. Even after clearly repeating my expectations to my son (e.g., ten more minutes of this card game and then you must brush your teeth), he will still start a new game when the timer goes off. He’s not stalling or manipulating me for a later bedtime, he just doesn’t understand the social cue I have laid out.

Additionally, the body uses melatonin to regulate sleep/wake cycles. It creates melatonin with the amino acid tryptophan, which has been found to be either higher or lower than normal in autistic individuals. In a normal functioning system, the melatonin levels will rise at night and dip during the day, in response to the dark and light. People with autism may not release this hormone at the correct times.

How does this information apply to emergency responders?

Increase in sensory processing issues. When you respond to a call involving someone with autism, keep in mind that sleep deprivation results in an exhaustion cycle that exacerbates sensory overload. If you have taken my autism training class you may be trained to immediately be aware of how the surroundings and environment can affect an autistic person’s sensory processing issues. Even if there is nothing obvious to you (lights and sirens, crowds gathering) a person with autism may still be prone to a sensory meltdown if they are sleep deprived.

Drowsy driving. According to the National Sleep Foundation’s 2005 Sleep in America poll, 60% of adult drivers – about 168 million people – say they have driven a vehicle while feeling drowsy in the past year. The National Highway Traffic Safety Administration conservatively estimates that 100,000 police-reported crashes are the direct result of driver fatigue each year. This results in an estimated 1,550 deaths, 71,000 injuries. While these numbers are not autism-specific, be aware that drowsy driving may play a large role in MVAs you may respond to.

Increased aggression. It is common knowledge that a sleep deprived individual is more easily irritated and more likely to be angry.  It has been discovered that the prefrontal cortex is always active when one is awake and is even more active when awake for long periods of time. The only time that activity in the prefrontal cortex ceases is during sleep, when it is allowed to regenerate. A lack of sleep may correlate directly to one’s emotional control, decision making, and social behavior.

I know there aren’t really any “tips” for you in this week’s edition, just some more things to be aware of as you do scene size up and engage with those on the spectrum.

I’m about to enter a whole new world of sleep deprivation as I start my new 1645 to 0600 shifts while trying to maintain some semblance of a day job and continue to homeschool my autistic teens. I look forward to bringing you exciting new tips from the field as I embark on a new emergency responder journey!