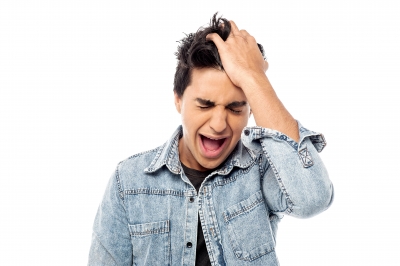 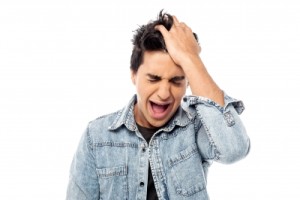 Often when I begin one of my autism training classes for public safety professionals I have to quickly debunk the myth that autism is a “kid” thing. Especially when we talk about meltdowns.

Yes, I talk about the differences between a meltdown and a tantrum – which is much needed information – but meltdowns are very real occurrences for adults on the spectrum as well.

In fact, the situation can be even more complicated and dangerous when responding to a call involving an adult experiencing a meltdown, especially if they have become nonverbal in the midst of it, which is common.

Meltdowns occur most frequently in autistic children due to an overwhelming sensory environment. My co-trainer, Austin, tells me that he has developed coping methods to deal with sensory overwhelm in public places (note: the sensory issues do not go away, he’s learned to manage them or have an exit strategy). As an adult, meltdowns can also occur from sudden change, not getting understandable answers to a question or being caught off guard.

The early signs of a meltdown may include stuttering or difficulty answering questions, loss of eye contact and the ability to focus, increased stimming, and eventually a complete shutdown of speech and communication.

This is very dangerous because a person experiencing a meltdown is no longer aware of their surroundings, and they may be unable to spot danger. There is also an increased tendency to flee from the situation in attempt to retreat into safety.

Early signs are helpful to know, but the reality is, by the time we as responders are called to a scene, a meltdown will most likely be in full swing. Meltdowns typically go one of two ways: explosion or implosion. And once it starts, there’s no going back for the person experiencing it.

It’s not an emotional outburst or behavior issue, it is a physiological occurrence that must run its course. If interrupted, it will likely start all over again in a few minutes.

Approaching an adult that is unable to speak, potentially hurting themselves or others (such as head banging), trying to flee or being in an odd physical position can be very confusing to a first responder. After ruling out immediate medical threats, our tendency is to either try to apply logic to the situation or treat the person as combative and non-compliant.

As always, safety comes first! But I think understanding what meltdowns are like for those experiencing them can give us critical insight so we can help.

In an article titled “Anatomy of a Meltdown,” a woman with Asperger’s shares her experience of having a meltdown as an adult. Some of my favorite quotes from this post are:

It feels like a rubber band pulled to the snapping point.

What I don’t want to hear:

You need to pull yourself together.
(I will, when I’m ready.)

Everything will be fine.
(I know.)

Meltdowns are necessary. Cleansing. An emotional purge. A neurological reboot.

It feels like my whole body is thrumming, humming, singing, quivering. A rail just before the train arrives. A plucked string. A live wire throwing off electricity, charging the night air.

A shutdown is a meltdown that never reached threshold level.

Imagine running as far as you can, as fast as you can. When you stop, that feeling–the utter relief, the exhaustion, the desperate need for air, the way you gulp it in, your whole body focused on expanding and contracting your lungs–that’s what crying feels like during a meltdown.

Please don’t touch me. Don’t try to pick me up, move me, or get me to change position. Whatever position I’ve ended up in is one that’s making me feel safe.

There is emotion at the starting line, but a meltdown is a physical phenomenon: The racing heart. The shivering. The uncontrollable sobs. The urge to curl up and disappear. The head banging. The need to hide. The craving for deep pressure. The feeling of paralysis in my tongue and throat. The cold sweat.

This is so much more than someone having an emotional outburst or acting out because they don’t get their way.

We never know what we’re rolling up to on scene, and we must always do what is safe and makes the most sense with the information and tools we are given. Don’t forget to look for medical bracelets, autism-specific phone apps or alternate IDs… they can provide extremely helpful information!

I hope that this viewpoint is another tool for your toolbox to help recognize that a patient or victim may have autism, and that they may be amid a meltdown.

Someone experiencing a meltdown needs patience,  space and time if the situation allows it. It would be ideal to have a trusting friend or caregiver on scene to both provide pertinent information and be there for the recovery period, whether that’s on scene or en route to the hospital.

Have you experienced someone with autism having a meltdown? Were you able to help? Share your comments below! 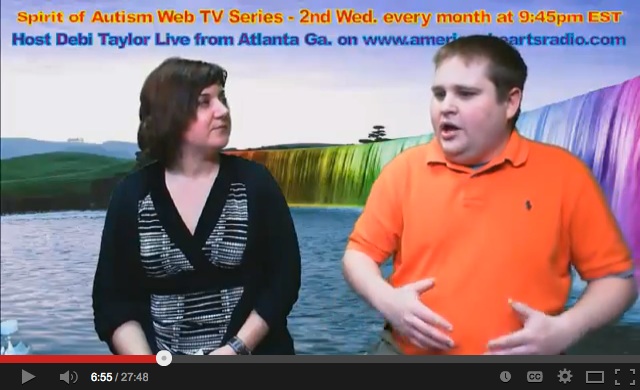 On the last episode of Spirit of Autism TV, I had planned on presenting a fantastic interview with Elisa from Adventure to Fitness, but the technology gods were not shining down upon me favorably that week

Look for that coming in October – you’re going to love it!

My good friend and teaching partner Austin agreed to come in and save my bacon at the last minute and we talked about just how much sensory processing issues affect people with Autism in their day to day lives, and provided some great tips for coping! Tune in to the replay below:

What are some of your favorite ways to help your child deal with sensory overwhelm? Share by commenting below!