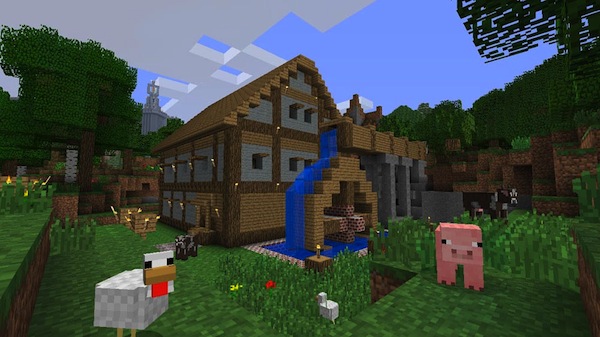 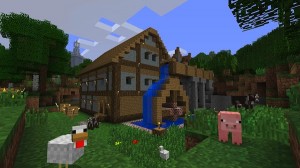 As you know, I’ve seen incredible progress in my son during the past five years. I am happy to report that he has never undergone any traditional therapies outside of the home; everything we have done together on this amazing journey was created from my research and personal connections made over Twitter, LinkedIn or Facebook. These connections led to expert interviews and the introduction to some really unique tools that made a huge difference in our lives. Here are my current favorites (in no set order):

Chewelry - Kid Companions is a chewable and wearable fidget that is safe, stylish and effective. It’s the perfect alternative to fidget toys and chewys and worn as “chewelry” is less-than-discreet.

This awesome product keeps my child from destroying costly toys and clothes and actually helps him focus and stay on task!
Calmer By Nature DVDs and CD – With no music or voiceovers – only the raw sounds of nature – the film helps with Stress, Anxiety, Insomnia, Sensory Problems, Alzheimer’s, Dementia, Autism, Sensory Processing Disorders, Cognitive Behavior Therapy, ADHD, and Mental Illnesses. In addition to helping Justin get relaxed at bedtime, it also:

Yoga Ball - I bought my yoga ball years ago as part of my never-ending fitness research and it has been such a versatile staple in my home! From traditional use in my fitness routines to my daughter using it as a “dinosaur egg”, my son rolling around on it, and its employment as bedtime proprioceptive tool… it was the best $25 I ever spent!

Many times our evening ritual consists of “hot dog”: rolling him up in a blanket and using the yoga ball for deep compression on his back. We use different patterns as “toppings”; like circles are called onions, vertical rolling is called ketchup, etc. This is an instant calming tool that never disappoints.

carries, throws, passes, and much more! They are safer than dumbbells and offer a sensory experience to boot!

DSi XL – Many parents would argue that video game systems are not a support tool. Here’s why I encourage my son’s use of his DSi XL: Flipnotes. He creates videos using an application that mimics old-fashioned, frame-by-frame animation. Sometimes they are 800+ pages long. He then adds music and voices to these videos and posts them in his Flipnote community, where his fellow creators rate and share them. It’s really neat to see the patience and detail that goes into the creation of these animations!

Digestive Enzymes/Probiotics – These are not a replacement for a diet free of gluten and casein (and other common culprits for food sensitivities like soy and corn!), however digestive support is essential in children on the Autism spectrum. There is a direct link between digestion and behavior. To be completely transparent, we are not on a 100% GFCF diet but we do our best! These enzymes and probiotics help step in with support where we fall short with diet alone.

EnListen® - With all the alternative, natural and creative strategies I try at home to help improve my sons symptoms and behavior deficits, the one thing I cannot do for him is change the way he processes sound! Sound Training has been such a gift and blessing in our house. While it is not a magic bullet by any means, the gains I have seen on a physical, cognitive, and adaptive level have been unmatched.

Social Media - As parents we often throw our entire being into helping those we love,  especially our children. The one thing we forget is that we need support, too! I have met some incredible people on unique but similar journeys over social media that I never would have encountered otherwise. I personally want to thank every single person that has connected with me on the social web. Your presence in my life – regardless of capacity or length of time – has made my universe a better place.

Signing Families - Louise is one of my favorite ladies on the Internet! One day we will meet in person and I bet it will be like we’ve known each other for years

She has been teaching American Sign Language for more than 20 years to families with hearing and non-hearing children, college students, staff at public and private school systems and businesses. She also shares one of my other passions and provides materials to Emergency Responders.

Sign language has opened myriad doors for my son in regard to communication. I believe American Sign Language can give a voice to all who struggle with language for many reasons.

EFT - A little more “alternative” than some other techniques, EFT can help parents overcome limiting beliefs, fears, and frustration

s, as well as deal with any grief or overwhelm that accompanies have a special needs child. I have also worked with my son directly and helped him break through a huge block he had with self esteem. It may or may not be for you, but you’ve got nothing to lose if you want to check it out!

Many times we also do EFT while listening to Jeff Gold’s Escapes… another great calming and relaxing CD of original music.

What are your favorite tools? Do you use them at home or outside of the house?