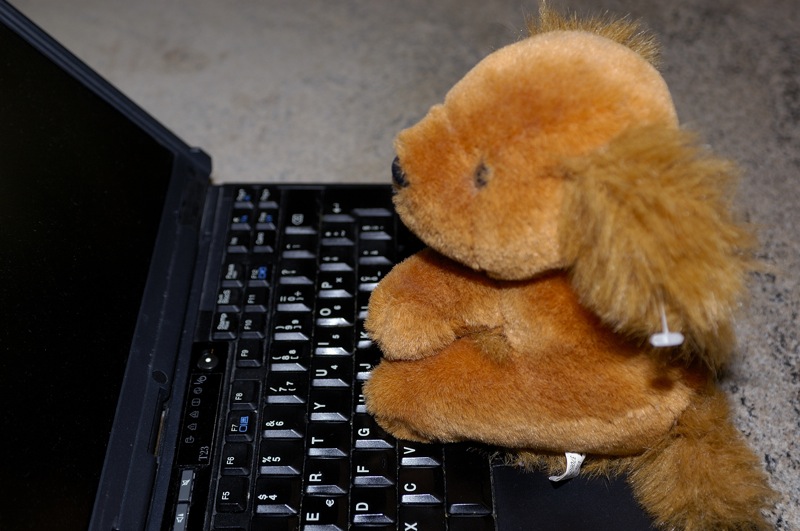 When my son is in his room either playing, building or watching role playing games on his laptop, I will sometimes hear frustrated screams and banging against the keyboard from behind his door. Fearing the thought of having to purchase another laptop (yes – it’s happened!) coupled with not wanting my child to dwell in stressful emotions I will usually run in and see what is causing the outbursts. It’s always the same issue: the computer is lagging!

What is the first thing I ask him when this happens? “Did you reboot?”

99% of the time a simple reboot fixes the issue he’s experiencing.

That got me thinking… in what way is my life “lagging” right now? (oh let me count the ways!)

Do I really want another list of resolutions to meet? Truth be told, all my resolutions have been on a list throughout all of 2012; some even longer! Guess what? Many weren’t accomplished. Do I honestly think that the changing of a calendar is going to make these resolutions and goals magically manifest? Really?

“We can’t solve problems by using the same kind of thinking we used when we created them.” Albert Einstein

“Insanity: doing the same thing over and over again and expecting different results.” Albert Einstein

I don’t need “resolutions”. I know what I want to achieve. I know how I want to best support my son and daughter on their journeys. But we are all lagging right now. I propose a reboot.

How do you reboot yourself?

Here’s a funny one – The Universe already gave me a head start. I have this giant running “To Do” list that I carry around with me. Which is hilarious because I always think I can accomplish sever or eight days’ worth of tasks in four hours

Anyway, aside from the usual day-to-day minutiae I had been taking the same several “big” items and transferring them from list to list for over a year. You know, those things that really need to happen but have no due date? The items that make me feel like I’ve been punched in the gut every time I see them still on my list? Those.

Well, my list is gone. I went to do my usual “transfer” and I can’t find this sacred list anywhere. Message received.

Here are some other things you can do to facilitate a reboot:

Change your routine. Is there a new food or eating style you can incorporate into your diet? What about one vegan meal a week? Eliminating dairy? Adding an exotic fruit or vegetable that you’ve never tried before? How about a new exercise? Try some yoga, take a walk, go to the park. You can listen to a new band on CD, try meditation, or even sit on the other side of the room! Any little change to shake up the hamster wheel feeling. I know how important routines and schedules are to children on the Spectrum,  but you can make a game out of it and let them help choose your new adventure.

Take a break from electronics and social media. It’s so important for us to unplug sometimes. We don’t realize it until we actually step away. How about getting out in nature, visiting a museum, or playing some old-school games? Jacks, hopscotch, I-Spy… I’ll bet you forgot how fun they can be.

Sleep it off. Rebooting can sometimes mean we need to oversleep. My Malamutes don’t let me sleep in, but there are occasional days (once every few months) where I just collapse into bed before my children. We are torn in so many different directions these days that sometimes we need to shut down and let our bodies and brains restore balance naturally.

Go for a full system upgrade. Why not? Maybe it’s time for a new career. Maybe you want to start your own business. Or get that new car you’ve had your eye on. What about a big move? Is there a new part of town you’ve thought about moving to? A new city? State? Even country? Nothing says reboot like moving and starting over. Just make sure you’re not moving to run away from your problems – they’ll follow you!

What about you? How can you reboot, leave the lagging behind, and get a fresh perspective on your life? I’d love to hear what’s going on with you – share by commenting below or posting to the SOA Facebook page!

I first became aware of this amazing DVD through a LinkedIn connection with Barry Wheelock. We immediately connected and started talking about the product’s incredible (and surprising) benefits for Autism and Sensory Processing issues.

I invited Barry to speak during my Sensory Integration Teleseminar and received a copy of the 57-minute Calmer By Nature DVD to use at home. This film is pure and stunning nature footage – there are no people, no voiceovers, and no music.

The concept was created to simply relieve stress and anxiety; however it has turned into a powerful therapy supplement for people with Autism, Sensory issues, Dementia, Alzheimers, insomnia, and more. It is reliable, predictable, and safe, which are key elements for special needs patients. It even encourages communication and creates talking points for people that have difficulties with social skills and conversation. It’s also used by some of the top Occupational Therapists to aid with cognitive and behavioral therapy.

I was hoping for mild results at bedtime with my son, who can at times be-bop around like a whirling dervish until all hours of the night despite our best rituals. If the DVD helped that issue alone, it was worth the price!

What I experienced from the product far surpassed my expectations! Yes, it works at bed time just as I had hoped. It also:

Surprisingly, my daughter also became an instant fan. She told me that it enhanced her creativity when drawing or writing new stories and helps her overcome her blocks. It’s definitely a nice change from the blaring TV shows that are sometimes over-prevalent in our home

For me, I typically have trouble shutting my mind off when I am amidst a task list that is pages long. The overwhelm can feel… well, overwhelming! The film brings me back into the now and offers a reprieve from my mental gymnastics.

In fact, I love this product so much that I am now able to offer it for purchase in the U.S. You can view a three-minute demo here and experience a bit o’ nature magic for yourself! I highly recommend Calmer By Nature for all ages, whether you’re dealing with Autism in your family or just want some stress relief. You won’t be disappointed.

I can’t wait to see the other projects Barry has in the works, including two more films, an Audio CD version, and an iPhone application.

Our role as parent and/or teacher is to create a safe, enriched, balanced, loving, peaceful environment where our children

While I enjoy the part of my calling that helps identify and discuss many of the challenges and issues in the life of a child with Autism, today I wanted to take an opportunity to share 15 unique and positive characteristics about my son. I hope you can relate to them and appreciate similar attributes in the gifted child or children in your life.