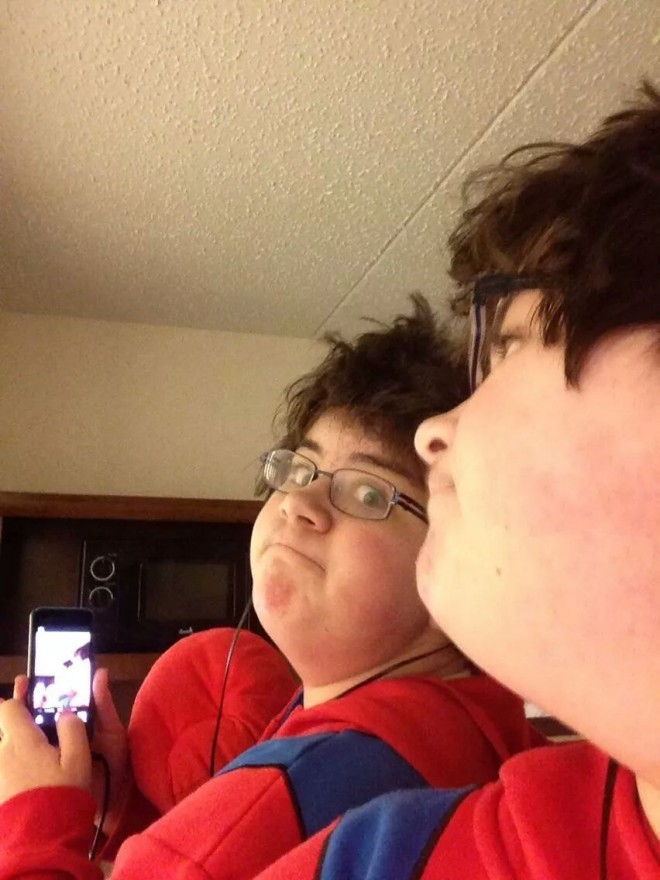 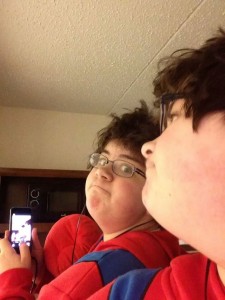 Happy New Year! A week ago we successfully and smoothly returned from a week in New York and New Jersey. Somehow we survived the 15-hour drive (no stops other than to gas up and stretch) each way with grace. And without killing each other.

So what do you get when you combine a single mom, a rental car, two special needs teens, a long-ass drive and a week of new experiences?

PROGRESS! That’s right, my (not so) little man leveled up in innumerable ways. This was my true Christmas gift and I am beyond astounded and grateful. Here are some of the awesome discoveries and moments of progress that occurred:

An Eye for Beauty

Our initial journey took us from Atlanta to New Jersey via I-77 and I-81. We were 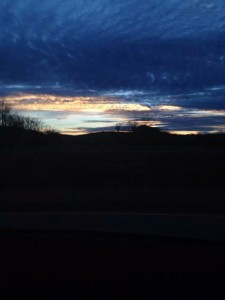 in the middle of Virginia at the PERFECT time of day and saw the most pristine and beautiful skies. I had never before heard my son describe things that were beautiful to him – I wasn’t even aware that he had an eye for such things. Not only could he not stop talking about the views and the heavenly cloud formations, but he took more than 200 photos with his iPhone! This interest grew exponentially as we traveled over various bridges from New Jersey into New York throughout our vacation. He captured scenes from a really unique perspective… perhaps a higher resolution camera is in his near future!

J-Bird developed another related camera skill during this time – taking unflattering selfies. He made some of the strangest faces and proceeded to take selfies and assign ridiculously appropriate and hilarious hashtags to accompany them. And they say people with Autism have no sense of humor. Incorrect. It was glorious to see him be unapologetically himself and make others genuinely laugh in the process.

This may seem like no big deal to many, but any little steps toward independence are celebrated heartily in our house (or hotel room, in this case). Perhaps it was the new surroundings that encouraged him, but for the first time my son was able to wash his own hair in the shower. This success seemed to feed his confidence and he began dressing himself as well! It can be so challenging as parents to watch our gifted children perform amazing and independent feats in other areas, such as computer programming, yet struggle with daily hygiene tasks. This was huge.

The morning of our hotel check out, my son and I went down to the hotel restaurant for breakfast, as we did most mornings. However, on this day it was downright MOBBED. It was New Year’s Day and there was a huge Asian tour group there as well as in influx of new guests from the night before. People were swarming around like bees, many of the menu items he had grown accustomed to were sold out, and it was LOUD. I repeatedly asked him to grab a pl 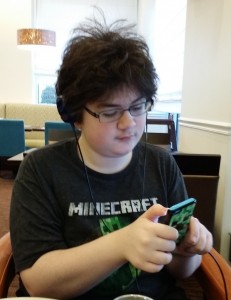 ate from the food bar so I could try and get the last two pieces of bread for him to toast and he wasn’t moving. Instead of his normal response to such an overwhelming environment (verbal stimming, complete shutdown, crashing into me, etc.) he simply looked at me and said, “I feel really uncomfortable around all these people.” WHAT? Who was this well-spoken young man before me? I was SO proud of him. I immediately told him that I understood and ushered him to a table. I plugged his headphones into his iPhone and told him to watch a video while I navigated around the food area and got him what he needed.

Why So Many Level Ups?

This is all great news for us, and I’m sure you can relate to some of them or have hope for similar types of progress in your home. But it wouldn’t be fair to just share our success… here’s what I think led up to them:

This was our first family vacation in many, many years. Since we acquired our 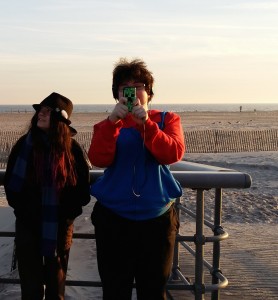 huskies. It was long overdue. Taking time away from the “chiseled in stone” daily rituals can sometimes provide a boost in new perspectives and abilities. I’m so glad I created this opportunity for us to get away. Keep in mind, though, that we quickly established some new routines while we were there, so it’s not like we went from the daily grind to complete spontaneity. Little things like going downstairs for breakfast together helped him stay focused and feel safe. The one morning I took the kids to the diner instead of just him and I having our normal breakfast created some real problems for him, so I had to really ascertain from his body language what should be routine and what can be free and spontaneous activity. Which leads us right into the next one…

I acknowledged that our quaint breakfast together was important to him each morning, so we went back to that for his sake. I was constantly watching for cues when it came to what he could handle and when he had enough of something. In one situation, he was in full meltdown mode and we were not in a place where we could leave, so I had to adapt and overcome! I created a small, quiet corner for him in the museum store and let the girls go off on their own for a bit while I stayed with him. These little things helped him feel heard and understood, and that made it easier for everyone.

Being Prepared and Being Flexible

I tried to think of all possible scenarios and issues when it came to planning this trip. I even planned to NOT plan some days so we could survey everyone’s mood and not be locked into an itinerary of sorts. So of course it was great for me to have familiar attachment items with us – even when he said he didn’t want to bring them – as well as many of the tools I mentioned in previous posts for travel. But some things just turn out differently no matter how much planning goes into it. For instance, I bought a travel charger for my laptop and brought several DVDs for him to watch in the car during our drive. Guess what. He wanted to watch live streams on YouTube. It’s a good thing I found out what he was doing when I did, because I had to call our wireless provider and purchase a wildly larger data plan so we didn’t have overage penalties!! But this kept him occupied when he wasn’t taking selfies and scenery photos. On the flip side, he didn’t want to bring his Mario plush but I ran back in the house and grabbed it at the last minute. This item was by far the most used throughout the entire week.

When I learned of his new photography skills I encouraged and complimented him. And they were really good, too! Sure, it was a bit much to get shown each of the 200+ photos every time he snapped one. Many of them were extremely similar. But I looked at them all and found something unique to say about each one. I also encouraged his independence but did not push him into something he was not ready to do or uncomfortable with.

As a result of these decisions or actions on my part, my son achieved some awesome new skills… something we may never have discovered if we didn’t take a crazy drive to New York.

In what ways can you shake up your routine a bit and see how your child responds? You just might be surprised at what’s possible with a little preparedness, flexibility, listening and encouragement!