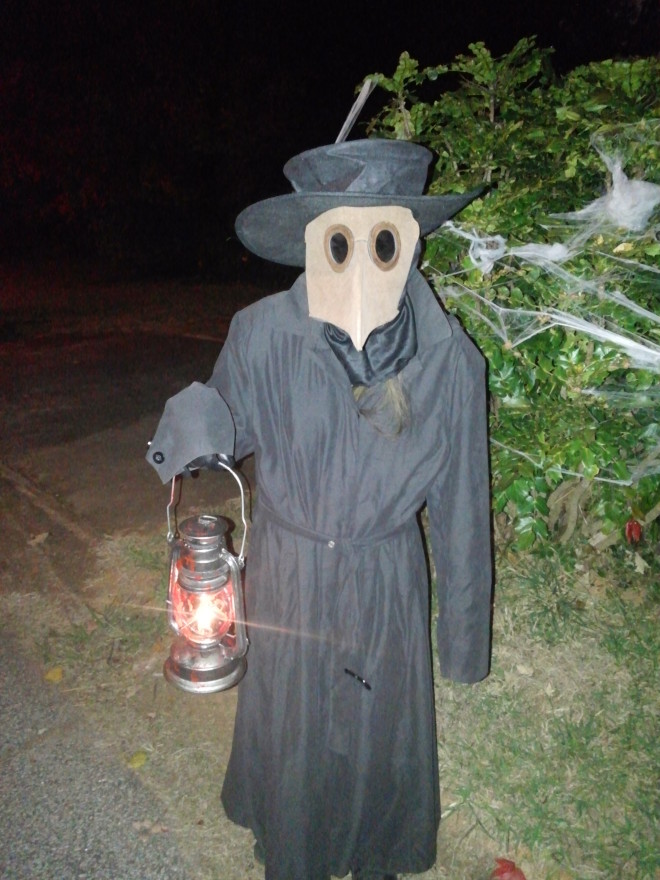 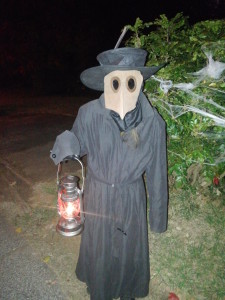 Halloween has always been the most important holiday in our house. My daughter would beg me to put up the decorations on September 1st, and then submit long-winded arguments for putting Santa hats on the Halloween décor instead of taking it down for the holiday season.

Trick or treating is another story. Take one elaborate but sensory-aggravating costume, spooky lights and decorations, crowds of loud children on the streets, and possible sugar and chemical dye sensitivities from loads of candy… and you may have created the perfect recipe of a meltdown. Also, there are rules about how we knock on doors and how we talk to people that are extremely difficult for my son to understand and comply with.

What about Halloween safety? On average, twice as many children are hit and killed by cars between the hours of 4pm and 10pm on Halloween compared to the same timeframe on any other day of the year, according to Safe Kids Worldwide. Emergency Departments often see other Halloween related injuries such as eye injuries from sharp objects and burns from flammable costumes.

Add autism to the mix and Halloween can become a nightmare for parents and a challenge for responders.

Here are some tips for a parents and caregivers for a safe and enjoyable Halloween, followed by what safety issues to be aware of as a first responder:

Let your child practice wearing their costume at home for at least a week in advance. This gives you time to make any last minute modifications and time for your child to get used to it. I wish I had a nickel for all the times it took me to learn this one.

Avoid costumes with masks or hats that restrict sight or movement. It may be worth it to start with an item of your child’s own clothing or a Halloween t-shirt. Also avoid costumes that require extra accessories – your child will not want to carry them for long and they also may contribute to tripping or other safety hazards. Trust me on this one.

Be aware of any homes in your neighborhood have displays with lots of gore and special effects so you can avoid them.

Use repeated social stories for safety tips about crossing the street. In addition, carry glow sticks and a flashlight if you are going out in the dark.

Make sure your child wears some type of identification in case of wandering. We love If I Need Help, an amazing company that offers unique QR Codes for individuals that may wander via patches, shoe tags, ID cards, dog tags, pins, clips and more.

Create a visual schedule that includes a map of where you will go. It’s also a great idea to practice trick-or-treating at home the week before Halloween: take turns answering the door to give out the candy and being the trick-or-treater.

Make a plan for how you will handle candy consumption. A gluten or dairy intolerance may be an issue with Halloween treats, as are food dyes and extra sugar. Decide the candy-eating rules in advance and write them down so they are clearly understood before the actual night.

First Responders, what do you need to be aware of?

You may run across or be called to a scene due to inappropriate behavior. Perhaps you see a person lying in the middle of the road. Be aware that this may be someone with autism that has completely shut down due to sensory overwhelm and is unable to get themselves somewhere safe to ride it out. You might be thinking, it’s just a child – pick them up and move them. My son is only 13 and he is seven inches taller than me and wears men’s large or extra large clothing size. If he were to shut down in the middle of the road, I would have a difficult time moving him by myself.

Something else my son did in his earlier years of trick or treating was kicking the doors of people’s houses instead of knocking. He wasn’t being malicious or intentionally causing trouble – he had severe impulsivity and was sensory seeking (his nervous system was underactive and craved constant input in the form of hitting, crashing, biting, etc.). As you can imagine, this did not go over too well with some of the homeowners.

Autistic individuals tend to have issues regulating body temperature. Here in Georgia it has been known to feel like summer on some Halloween nights. A child’s costume worn over their clothes plus more physical activity than they are used to can cause mild hyperthermia or dehydration.

Also be aware that loose, flowing costumes may catch fire if a person lines their walkway with candles or open jack-o-lanterns.

Vision, our dominant sense, is a neurological process and is therefore directly affected by autism. VISION is different than SIGHT (20/20). Vision is a neurological process that takes place in the brain. 65% of the brain is “wired” for the visual system and 80% of what the brain processes is via the visual system. It helps to think of the visual system as a major highway, and all other senses as exit ramps. The highway must be in great shape – no potholes or detours – so that you can efficiently and quickly get to your exit ramp (i.e., conduct your daily life). Vision has a huge role in guiding movement, touch, and balance.

Adding a mask with limited vision, loose costumes, and obstacles in strange driveways can compound these issues and cause someone to trip or fall.

Nearly one-third of people with autism have Epilepsy, a brain disorder marked by recurring seizures, or convulsions. For about three percent of people with epilepsy, exposure to flashing lights at certain intensities or to certain visual patterns can trigger seizures.

Some houses use strobe lights or flashing lights as part of their Halloween decorations.

If you encounter someone trick or treating alone, look for devices or IDs that may identify the person as autistic. They may have bolted away for their group or caregiver and it is likely they may head toward something shiny or a nearby body of water.

Keep a careful eye out for wanderers for a few days after Halloween; I’ve heard from other parents that their child continued to trick-or-treat on their own the next day or even following week!