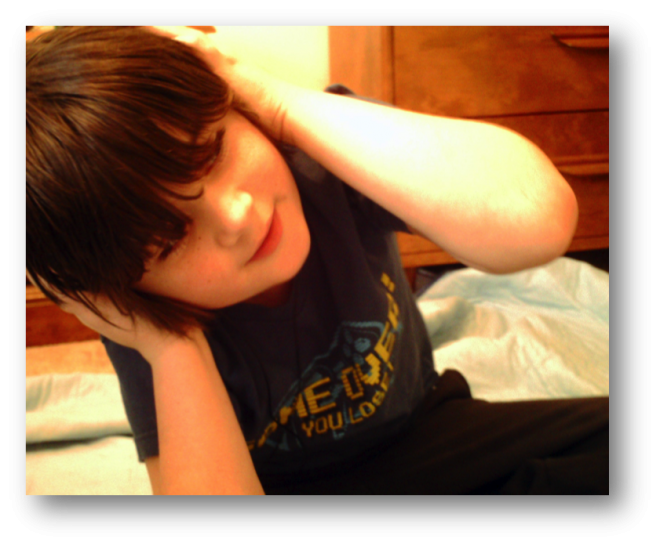 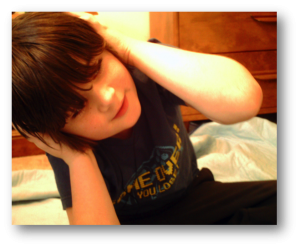 Okay, not ALL… but sensory issues play a bigger role in the daily lives of children with Autism than you might think.

I have always tried to explain this to the adults, teachers, caretakers, and yes, even physicians in my son’s life, who insisted that my child needed to be medicated for hyperactive and impulsive behavior.

There were certainly quirky and challenging things about him, even from birth. But I also had a girl first; so many of his odd behaviors were instantly dismissed as “boy stuff.” The real trouble started when he went to Pre-K and had to transition to different activities, sit quietly in circle time, and interact with a group of peers.

I remember waiting months to see a highly-acclaimed pediatric neurologist before my son was officially diagnosed with Autism. He was four at the time. For our long-awaited appointment, we were in the waiting room for an hour and in the doctor’s office waiting for another hour. What four-year-old would NOT be climbing up the walls at that point?

The doctor came in and promptly spent 10 minutes with us.

“Stand on one foot and hop.”

“Copy this drawing of a tree.”

“Ma’am, your son has ADHD, fine motor dyspraxia, ODD (Oppositional Defiant Disorder), and maybe some sensory stuff going on. Here’s your prescription for Adderall. See you in six months.”

Whoa… wha? Oppositional DEFIANT Disorder? He’s FOUR! When my daughter was four I practically wanted to SELL her! (Kidding. Mostly.) Of COURSE he was hyper! We just waited TWO hours to see him! And what’s with the meds? No explanation of any of these “disorders”? No constructive suggestions? No support or help?

I researched all of the labels that supposedly defined my baby boy. Yes, he was hyperactive, but the first one that really grabbed my attention was sensory processing disorder. I went through a checklist and instantly started understanding my son and the world he lives in. Many of those “quirks” were a direct stress-response to how he interprets all the sensory input from his day-to-day environment.

We had an entire sensory evaluation done with a different specialist, and eventually arrived at the Autism diagnosis.

Once I started to differentiate between “My body hurts, I’m exploding inside and need help” and “I’m being a boy and testing my boundaries” my whole world changed, and so did my son’s.

The school system did not follow suit, unfortunately. During our IEP (Individualized Education Program) meetings I provided all of his sensory triggers in a document, what calming methods worked for us, and physical toys and music that he could keep in his private break area at school. The Special Education Director for the district continued to try and strongly suggest he be medicated.

I was actually told in one of these meetings that I was the type of mother that would deny my child insulin if he had Diabetes just because I wouldn’t put him on Adderall or Ritalin. Unbelievable!

I calmly repeated, “We need to start here, with these sensory issues. It is tangible – you can SEE he is struggling in direct response to these triggers. Why not start with what we know and work out from there? Let’s see what behaviors are left after we address some of these root causes and we can re-evaluate from there.”

Although I finally began homeschooling my son after years of battling with the school, this information is still critical. Almost every outburst, meltdown, or seemingly “defiant” behavior can be traced down to a sensory problem my son is experiencing at the moment.

Recently I ran across Asperger Experts – two young men with Asperger’s Syndrome that have navigated their way through the roughest times of childhood and adolescence and are now helping parents and educators do the same.

They have a program called “Fundamentals For Thriving Bundle.” It’s been extremely helpful for me to continue to understand, teach and support my son in a way that he is most receptive.

They published a video called, “The Sensory Funnel.” It’s a MUST-SEE if you want to learn more about your child’s or student’s sensory issues, how they affect day-to-day living, and what you can do to help him or her succeed.

Watch the video below and let me know your thoughts! I’d love to hear if it clicked for you like it did for me, and any other comments, successes or struggles you’re going through right now!