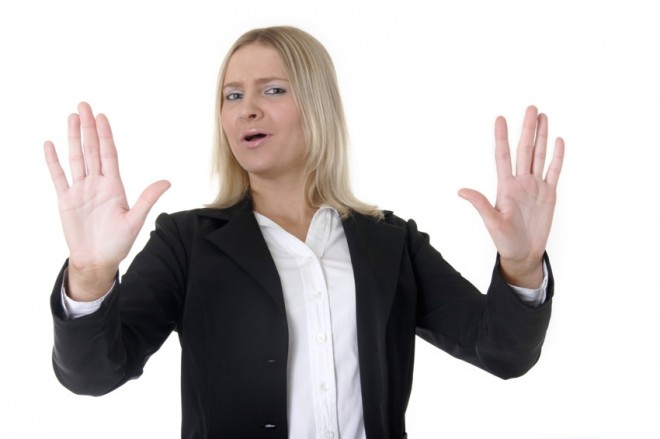 My neighborhood has a special Women’s Club that meets regularly and hosts family-oriented social events. I’m going to be direct and get right to the point: I have been asked by several women not to attend any of these meetings because I have an Autistic child.

Bear in mind, I have never brought my son to a meeting, he has never been to a social event, he has never caused a neighborhood “ruckus.” He has Autism. It’s not contagious, scary or dangerous. There’s nothing unusual to stare at when you meet him. Why, then, am I blatantly cast out?

I have been a single mom for nine years. My children and I have lived on this block, renting my home, since our return from Knoxville two years ago. I have never brought a date home (what’s dating, ha ha!), had a loud party, had any questionable visitors, or been in trouble with the law. In fact, having disaster response training under my belt and being a volunteer with the Fire Department, I would be an amazing resource for the community if someone would dare get to know me.

I walk my two giant Malamutes at least twice a day and always wave and exchange small talk with everyone I meet. Everyone waves and smiles back, yet we’re still not allowed into “the club” (first rule of Fight Club is…). Worse yet, I continually get asked why I’m not seen at the club meetings, and am also labeled the “crazy homeschooling neighbor that doesn’t participate.”

This just compounds our history of being kicked out of restaurants, book stores, flights (!), and why no one in my family will visit us. I’ve also been told he’s not Autistic, it’s my parenting that’s the problem. That’s a good one!

With all the awareness work and training I do, why are we still experiencing this kind of response from people?

What should I do?

Well, I have some options about my neighborhood. I don’t have the energy to tackle public places at the moment (I will move one mountain at a time!), but here are my choices:

If I can train law enforcement, EMTs, and firefighters about Autism, why can’t I put something unique together to present to my neighbors? It would be so beneficial for everyone to learn a little more about Autism and my son in particular. This way, when we have a wandering situation (which recently happened!), I can feel like my neighbors have my back rather than feeling like they are sitting in judgement. Sure, they may continue to judge me after they learn more, but that’s none of my business.

Have you ever felt persecuted by a group due to your (or your child’s) Autism? How did you respond? Would you like to learn more about giving a small presentation to your neighborhood? Share your comments below, drop me an email, or say something on the SOA Facebook page – I always love sharing thoughts and ideas with you.

I sometimes fail to remember: as parents we are not raising children, we are raising happy, productive, balanced adults.

Recently a friend of mine of 17 years had the courage to express an observation about the way I frequently respond to some of my son’s less-than-desirable behaviors. Instead of feeling judged or on the defensive, I reflected on his words and decided to take an honest look at where I might be setting my child up for failure.

I’ve mentioned on Twitter that puberty plus the lack of energy release during homeschooling has sent Justin into a bit of a regression with his loud noises, stimming and impulsivity. Add to the mix a mom that works overtime and does freelance projects at night, sleep deprivation, and a teenage sister that always rouses him, and we have some pretty obnoxious behavior rearing its ugly head.

I have a few stubborn “reflexes” about Justin’s noises that are rooted back to our pre-diagnosis days, where we frequently got kicked out of retail and eating establishments due to the fact that I “couldn’t control my child”

Before I understood sensory processing issues, auditory overload, and Autism itself I merely thought he was choosing to be out of control. Ha! I was so accustomed to apologizing and making excuses for him to get us through the trip to the grocery store or lunch with a relative;  I would do whatever it took to smooth over the incident and get us home.

Back to the observation of my friend: he said that I tend to speak about my son like he’s not in the room when he starts exhibiting these behaviors. I retreat into a litany of excuses while he continues to act in a way that’s actually unacceptable.

Now before you fly off the handle about how our children can’t help doing some of the things they do… yes. That’s right. My excuses are most likely accurate – sensory overload, puberty issues, too much downtime, unpredicted change in schedule and more. These are the reasons 99% of the time that a behavior creeps in. However, am I allowing my son to use his Autism as an excuse to not even try to do better?

Read that again. Am I allowing my son to use his Autism as an excuse to not even try to do better?

Ouch. I believe sometimes I am teaching him this. He may NOT know better, he may NOT be able to help himself, but what do I do with that information? Do I use it as an opportunity to help teach him how to appropriately handle his issues?

This doesn’t mean I don’t provide resources or abandon his needs. It doesn’t mean we don’t leave some situations because they are causing overload. What does it mean?

“Justin, this is the quiet room of the house. If we want to scream, we go in the other room.”

“Justin, it’s not okay to run into the room and fall on the puppy with that giant toy. It hurts him. When the puppy gets hurt, he bites people. Let’s run in the back yard or down the hallway only.”

“Justin, I know it’s really noisy in here and your ears probably hurt. Would you like to go into a quiet place for a while, or maybe put your headphones on?”

These solutions take time, especially when he’s learned that he can make his sister yell and his Mom make excuses for him. But my goal for him is to be able to tell what is appropriate and what is not, whether he can help the behavior or if he’s spinning out of control. If he can’t help it, he needs to learn to ask for assistance, tools, or even an out. I am in no way denying his sensory needs or coping skills.

It’s time, I think, to start sending the message that I expect the best from him. It’s when I make these subtle adjustments within my own mind that he always surprises me and rises to a new level of self-awareness.

What about you? Are there areas where you could expect more from your child? I’d love to hear your comments! Don’t forget to join the conversation on our Facebook page!