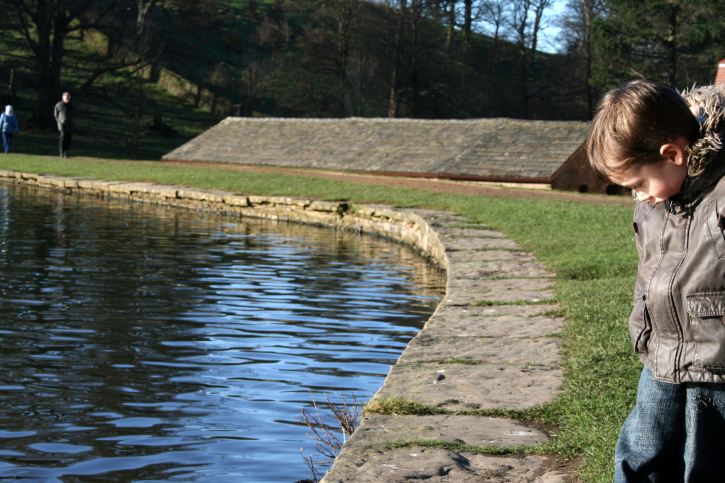 As an autism mom, worry and fear can be my constant companions. My entire life can change in the blink of an eye, especially because my child wanders.

My son has been wandering since he could walk.

One particular time, he was playing with the hose in the front yard. Wearing no shirt or shoes, he didn’t have a care in the world. He loves water. Seconds earlier, I had checked on him through the kitchen window and he was fine. Then his sister went outside and they got into a small scuffle… she told him to “get lost.”

People with autism are very literal. That’s exactly what he did.

In less than two minutes he was GONE.

I activated 911 and had the whole neighborhood searching for him. 3-1/2 hours later he was found several blocks away under a bush. I shook him and hugged him and asked what on earth he was thinking! He only replied, “My sister said get lost.”

My son, now 14, is nine inches taller than me, has a mustache and wears men’s large sized clothing. While he wanders more “online” these days than out of the house, it is still challenging to keep him safe, especially if we go to public events and gatherings.

I have multiple stories of “close calls” like this. As an emergency responder, I’ve been tasked to find missing children at festivals and responded to autism-related EMS calls. If you’re a first responder, here are 7 things you need to know about wandering.