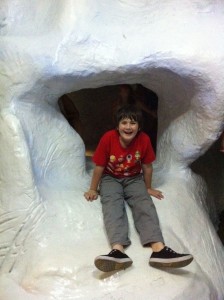 It often takes an Act of Congress to get my son to wear a coat in the winter. I used to think it was stubbornness or laziness that drove him to his refusal. Eventually I started to realize that he simply doesn’t feel the cold.

How can that be, when the thermometer says it’s freezing outside? Sure, most of you know we live in Atlanta, so you think the point is moot, but I assure you it gets cold here. We even upon occasion get some (gasp!) snow! Like the time the entire state shut down from a mere inch or two, but I digress… 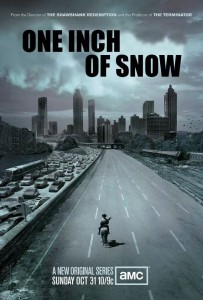 What’s really going on is another part of the sensory processing challenges present in individuals with autism – temperature regulation. Many people with an ASD are unable to set their internal thermometer at a comfort zone and can feel hot all the time even in cold weather or cold all the time even when it is warm. As their nervous system is on high alert and blood leaves the extremities to deliver oxygen to internal organs and muscles, many suffer poor circulation and their hands and feet are always cold.

I found out this summer that it can work both ways. I always believed that not feeling cold simply meant that my son overly warm most of the time (as evidenced by his insistence on stripping down to his boxer briefs the second we come home from an event or outing). Unfortunately, his body is unable to regulate cold AND heat, which also means that he can’t feel that he’s getting dangerously sunburned or that he’s on the verge of dehydration or even heat exhaustion.

Some children with autism have anhidrosis, which is the inability to sweat. Parents and caregivers need to take special precautions to prevent a heat emergency in these cases, such as spraying the child’s skin with water when outside, doubling up on fluids, and careful monitoring of the child’s internal temperature.

The Science Behind Temperature Regulation Issues

Research states that there is a noticeable size difference in the hypothalamus between neurotypical and ASD children. The hypothalamus is an integral part of the interoceptive sense and regulates:

As you respond to calls related to weather or environmental emergencies, keep in mind that your patient (or witness or perpetrator) may not experience temperatures the same way you do.